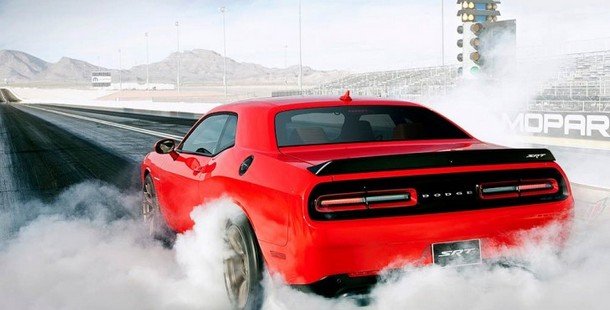 Meanwhile, the Chargers also got a new polish in three partsthat the use of spoiler minimalist version of the R / T and the component legs are more elegant with alloy wheels measuring 20-inch model with six bars

In the interior gets a refresher on the eight parts of trim on the cabin. Shaped three-spoke steering wheel and shifter knob e;ectronic design also sporty. Instruments indicators also get updates using TFT LCD screen with a size of 7 inches
For technological “gadgets”, there is a named Uconnect infotainment system from Chrysler with 8.4-inch touchscreen screen. In this system, there is also the view settings speed shift, launch control, and pedal response Installed also a seven-inch TFT screen capable of displaying the time period 0-100 KPJ, lap times, and g-force detection.

Dodge promises a better driving experience than the previous Charger. At this time the Chargers got the choice of driving the Normal, Comfort and Sport modes with the electronic power steering is more responsive.

On the runway, the Dodge Charger has a choice of two types of engines that V6 Pentastar and Hemi V8. Both engines are combined with 8-speed automatic transmission TorqueFlight.

Pentastar V6 version of the Dodge Charger carrying capacity of 3.6 liters. The machine is capable of producing a maximum power of 292 HP and a peak torque of 353 Nm.

Meanwhile, the 5.7-liter HEMI V8 engine capable spewing power of 370 HP and 535 Nm of torque. The HEMI engine is able to make the Charger accelerates from 0-100 km / h in five seconds.